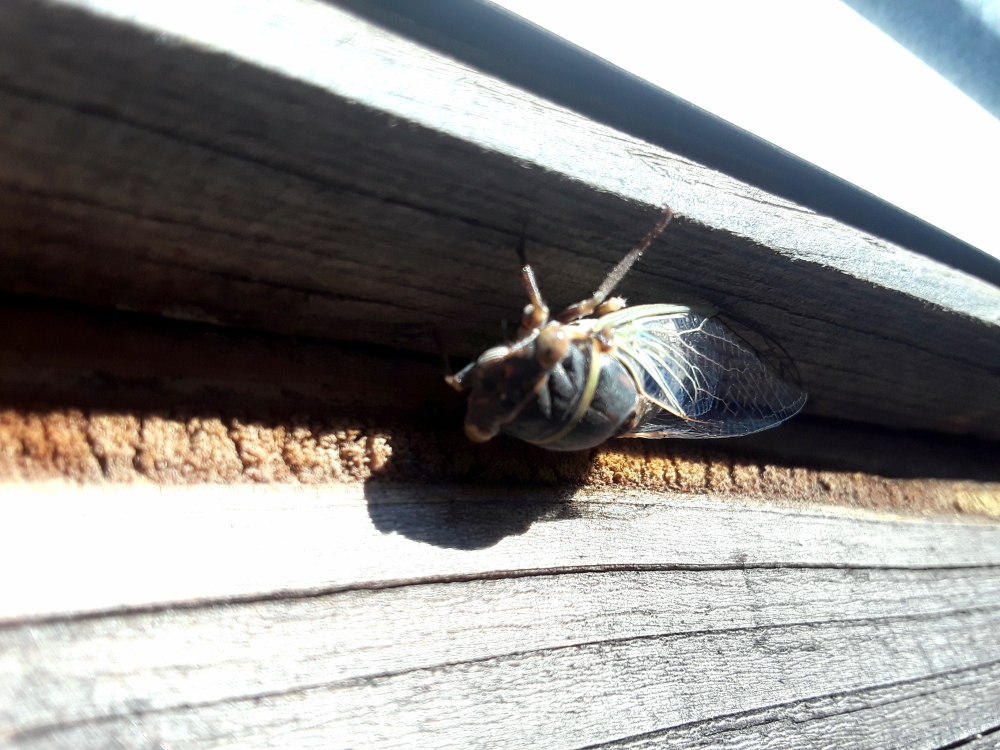 Cicadas.  I have a colony that lives inside my head thanks to a lifetime of exposure to power tools and loud music without the benefit of hearing protection.  There is no such thing as complete silence in my world any more. I’m so used to it that I hardly notice.

Lore states that they hibernate underground for 17 years and then come out to breed.  Actually, there are cicadas which emerge anywhere between yearly and 17 years.  Also, they don’t hibernate, they munch on tree roots.

I’m going to go with the myth here. I would love to hibernate for 17 years, then emerge and see what had changed, over and over, leapfrogging through time into the future.  This whole limited span on Earth is frustrating.

It’s been two months now since I emerged from the black hole that is Facebook. Most of the people I know are still buried there, munching on their roots, feeding on old connections. It’s different up here in the light.  I’m no less busy, I still have an active social life.  I still have an online presence, and I’d like to think it’s more substantial.  It is disconcerting how many friends I have heard nothing from, even if they were friends long before Facebook.  I guess those roots are so delicious and easy to get to that it’s too much trouble to tunnel out into the real world.  Two buttons on the phone to send a message.  One blue, the other orange.  Both function in nearly identical ways, but people are so conditioned to push the blue one that if you aren’t connected to it, you might as well not exist.

As I said, I’d love to hibernate periodically so as to see the future happen.  That fantasy presumes no loss of time while out of touch.  Facebook is like hibernation that sucks up all your time and social energy, feeding you tailored triggers so you never surface at all. Your life is consumed rather than extended. I won’t be going back under.