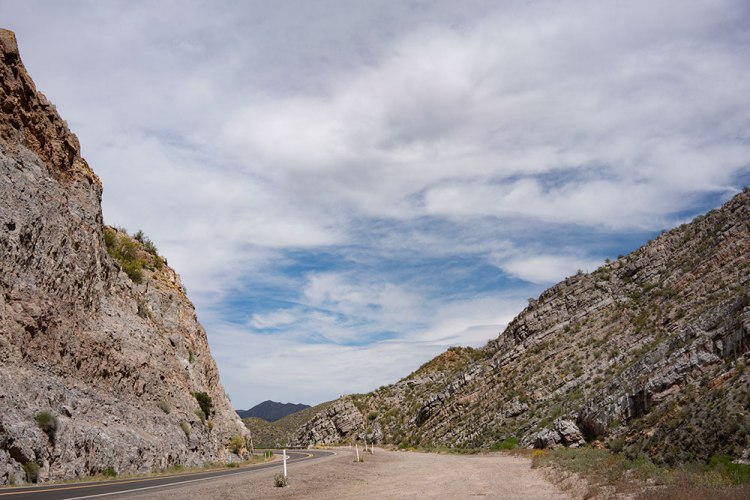 One of the great things about the desert southwestern United States is its relatively young age geologically speaking. The east coast is all smooth and timeworn, but here the past is right in your face.  Those diagonal ridges on the right of this photo?  They were horizontal once, until massive geologic forces either forced one side up or collapsed under the other, or both.  The process likely took millions of years, but I’m not a geologist.  Maybe it happened overnight in some cataclysmic event.

Aside from being beautiful and creating dramatic canyons for rivers to flow through, geologic activity such as this also exposes otherwise buried veins of precious metals.  Humans like precious metals, and we LOVE our copper.  The whole information age is dependent upon it, phones, computers, servers, smart devices of all sorts, it is hard to think of any sector of modern life which doesn’t rely on copper.

If you turn 180 degrees from this view, you will see a 300 foot smokestack from the smelter attached to a giant pit mine, which turned a landscape like this into a hole in the ground, swallowing the town of Ray, Arizona in the process. 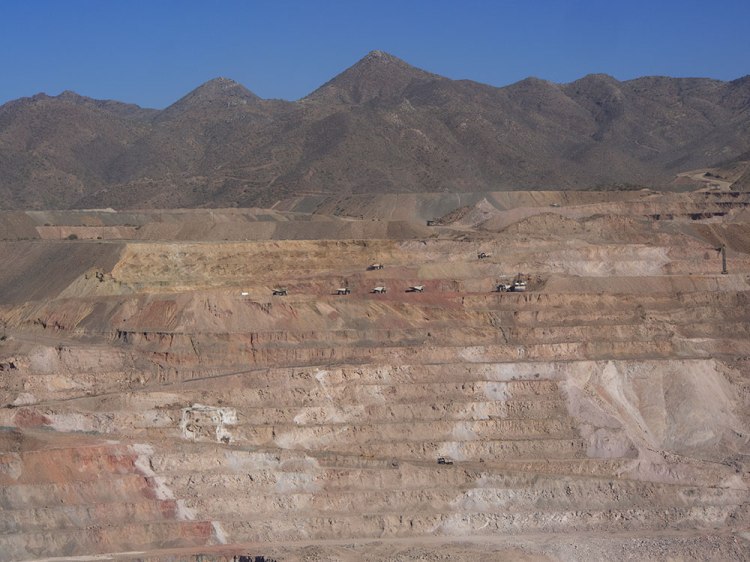 Abstractly, pit mines are beautiful geometric structures.  They are also a testament to the power and ingenuity of the human mind. To anyone who loves the natural desert southwest, they are brutal wounds inflicted upon the landscape for short term gain. We often use our copper filled phones and computers to rail against them and to try to prevent the opening of more of these scars. The irony is inescapable.

In the 1990’s, I worked building cell phone towers during the first major boom and buildout.  People loved having their little Star Trek communicator devices, but they hated the infrastructure necessary to make them work.  Eventually, companies learned to disguise some of their towers as trees, cactus, church steeples, and the like, but the old fashioned towers are still there.  We just don’t notice them any more than we do the omnipresent power lines. I remember one job we were doing that involved lowering the antennas on an existing tower.  That is what you do when demand goes up. You make more cell sites with lower antennae and a shorter reach.  There was a guy in the neighborhood who hated this tower and was fighting everything about it.  We snuck in there on the Saturday preceding his hearing to do the work.  20 minutes after we climbed up the tower, he came screaming up in his BMW, jumped out, and pulled out his cell phone to call and complain.  Again, the irony is inescapable.

The thing is, we don’t have to.  The United States military spends more than the next ten countries combined.  If we repurposed 25% of that, we would still outspend all of the countries who are even remotely our competitors combined, and we could rebuild our infrastructure, provide our people with free college and health care, combat climate change, and probably end world hunger. The irony is that all the people and corporations who make money off of the military could make just as much off of these things.

It just takes a little vision.  There are young people entering government now who have that vision.  Take them seriously.  They are the future if we are to have one at all.