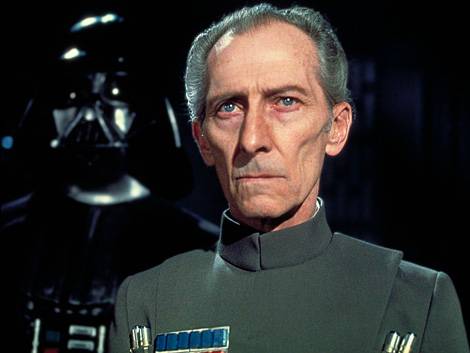 This is Peter Cushing, who died in 1994.  Or maybe it isn’t.  Rogue One, the latest installment of the Star Wars franchise, takes place just before the events of Episode IV, which was the original film released in 1978.  Grand Moff Tarkin, originally played by Cushing, had a significant role in the events of the new film, so, with the permission of his family, his face was superimposed on another actor using state of the art CGI.  I was several minutes into his appearance before I realized I was watching a dead man resurrected by technology.

Flash forward to yesterday, when the probably false but quite believable rumors about things Donald Trump did in a hotel room in Moscow surfaced.  All it took was an internal CIA memo, possibly faked, to send the internet into an uproar, dominate Trump’s press conference, and start a pissing contest (see what I did there?) between him and CNN.

I’m sure the tech used to generate a completely believable scene featuring Peter Cushing is prohibitively expensive.  For now.  Four years from now, or maybe eight, imagine a salacious video surfacing of a presidential candidate on the eve of an election.  We have the technology.  It won’t matter if it is proven a fake once the outcome of the election has been changed.

One thought on “Fake News Of The Future”