Primero De Mayo in Cuba is similar in some ways to the 4th of July here.  Big parades followed by a big party.  In Cuba, however, almost everyone is in the parade, rather than watching, and there are roast pigs and beer instead of hot dogs and beer, and they don’t have fireworks.

People are grouped by organizations or professions similar to parades in the US, but all are treated to revolutionary slogans at the end of the march from a raised podium of party officials.  Then they go drink beer and party. 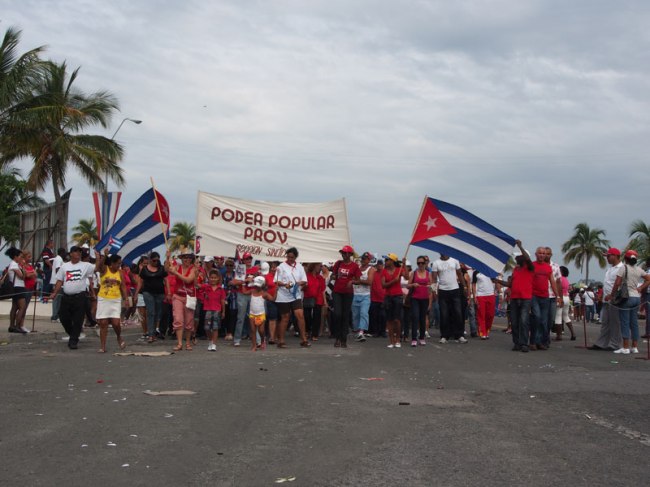 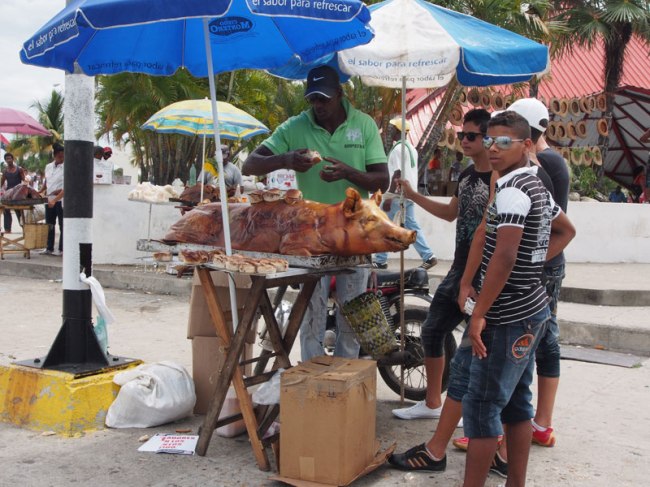 This was my favorite part 🙂